You are here: Home / Uncategorized / I have the pleasure of hosting author Tasman Gibb as part of the Tornado Giveaway

<—-Visit Scarlet Revenge by Ann McGinnis
2nd July 2014
Tasman Gibb is our second Giveaway Author.She has decided to give 10 copies of her book to 10 lucky winners. To enter the Giveaway, see the bottom of this post. To see all the books that are part of the Tornado Giveaway – Click Here
WHAT IS THIS STORY ALL ABOUT ?

Marlo Croft, canine behaviorist at the Dog Haven Sanctuary in Halo Peak, Washington, has her life neatly organized. The trauma of her past is well buried, her emotions tamped down, and rehabilitating and rehoming damaged and unwanted dogs gives her the focused, contained life that makes her feel secure.

The arrival of a new rescue dog, Justice, also brings the unwelcome distraction of a handsome stranger who is to shadow Marlo and Justice through the dog’s rehabilitation.

Suffering guilt over the death of his wife, New Zealander Adam Guildford’s short contract in the US to research dog fighting is what he hopes will pull him out of the limbo he has floundered in for the past four years. He arrives prepared to tackle the emotional and behavioral needs of the rescued dogs, but completely unprepared for the way his presence unnerves Marlo and awakens his own dormant feelings.

As they start to gain Justice’s trust, Marlo loosens her grip on her inner fears and the simmering attraction between her and Adam heats up. Adam works carefully to dismantle the emotional barricades Marlo erected, until one day he unwittingly delivers the horror from Marlo’s past straight to her doorstep, an action that tears the three of them apart.

GET TO KNOW HER 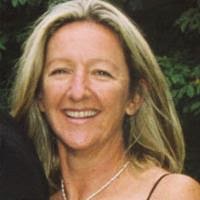 New Zealand-born, Tasman Gibb loves to write contemporary romance that very often features emotionally flawed heroines and heroes.  She lives in Auckland, but spends as much time as possible on the Coromandel Peninsula.  She shares a home with Mr Scott and Ed, an old, smelly rescue dog.  She battles an obsession with collecting antique dog photos and drooling over Victorian taxidermy, but refuses to admit that she’s losing that battle! Like all sensible people, Tasman has a fear of heights, and, through a misunderstanding, once had a job at a hang gliding school.

Monsoon Memories is featured on The Book Club’s Tornado Giveaway!

I have been tagged in The Book Club’s Tornado Giveaway